Research and resources on decentralised organisations

This paper gives a good overview over existing literature, and is a great starting point for explorations of this topic.

Abstract: Fascination with organizations that eschew the conventional managerial hierarchy and instead radically decentralize authority has been longstanding, albeit at the margins of scholarly and practitioner attention. Recently, however, organizational experiments in radical decentralization have gained mainstream consideration, giving rise to a need for new theory and new research. This paper reviews the literature on less-hierarchical organizing and identifies three categories of research: post-bureaucratic organizations, humanistic management and organizational democracy. Despite this extensive prior work, scholarly understanding of radical decentralization remains limited. Using the term self- managing organizations to capture efforts that radically decentralize authority in a formal and systematic way throughout the organization, we set forth a research agenda to better understand less-hierarchical organizing at its limits.

Enabling Creative Chaos: The Organization Behind the Burning Man Event

Katherine Chen, 2009
Couldn’t find a link to the book online, but I’m sure you can find it somewhere

Probably the most extensive organizational ethnography made on Burning Man, the event that The Borderland is born from. There are several interesting research projects around The Borderland itself, but unfortunately, not anything that is published yet.

Digital economy and the rise of open cooperativism: the case of the Enspiral Network

Enspiral is a very interesting organisation, “the cutting edge of experimentation in participatory organising.” This study dives deep into their inner workings, and the effects.

Abstract: This article explores how autonomous workers/contributors, involved in peer-to-peer relations, can organise their productive efforts so that they have sustainable livelihoods. The discussion is guided by the concept of ‘open cooperativism’, which argues for a synergy between the commons-based peer production movement and elements of the cooperative and solidarity economy movements. To this end, we review the case of Enspiral, a network of professionals and companies that empowers and supports social entrepreneurship. We explore its values, operation and governance as well as the chosen strategies for autonomy and sustainability. Finally, some lessons are summarised for the cooperative and union movement, which point to open cooperativism as an integrated vision.

The Riddle of Heterarchy: Power Transitions in Cross-Functional Teams

An interesting analysis of how fluid and easily shifted power structures benefit a team’s performance. This kind of fluid hierarchy is exactly what Plato Ideas and Plato Realities attempt to make possible.

Abstract: In this paper, we develop the concept of a power heterarchy, which is a conceptualization of power structures in groups that is more dynamic and fluid than traditional hierarchical structures. Through a study of 516 directional dyads in 45 teams, we demonstrate that heterarchical structures in which the expression of power actively shifts among team members to align team member capabilities with dynamic situational demands can enhance team creativity. Our results indicate that this positive effect of power heterarchies on team creativity is contingent on the team perceiving the shifts in interpersonal power expressions as legitimate. We discuss the implications of this heterarchical power structure for research on group functioning, power, and legitimacy in organizations.

Why and When Hierarchy Impacts Team Effectiveness: A Meta-Analytic Integration

A quite data-driven study showing that hierarchy generally slightly hurts a team.

Abstract: Hierarchy has the potential to both benefit and harm team effectiveness. In this article, we meta-analytically investigate different explanations for why and when hierarchy helps or hurts team effectiveness, drawing on results from 54 prior studies (N = 13,914 teams). Our findings show that, on net, hierarchy negatively impacts team effectiveness (performance: ρ = −.08; viability: ρ = −.11), and that this effect is mediated by increased conflict-enabling states. Additionally, we show that the negative relationship between hierarchy and team performance is exacerbated by aspects of the team structure (i.e., membership instability, skill differentiation) and the hierarchy itself (i.e., mutability), which make hierarchical teams prone to conflict. The predictions regarding the positive effect of hierarchy on team performance as mediated by coordination-enabling processes, and the moderating roles of several aspects of team tasks (i.e., interdependence, complexity) and the hierarchy (i.e., form) were not supported, with the exception that task ambiguity enhanced the positive effects of hierarchy. Given that our findings largely support dysfunctional views on hierarchy, future research is needed to understand when and why hierarchy may be more likely to live up to its purported functional benefits.

A counterweight to the previous papers, a thoughtful critique of the over-reliance and hype of decentralized decisionmaking, stating the need for traditional hierarchies in many organizational situations. At both Blivande and The Borderland, we strongly believe in hierarchical decisionmaking in some situations and complete decentralization in others. No solution is a one-size-fits-all, but instead needs to be carefully adapted to its context.

Link to resources
To finish off, here is a list of resources for decentralized organizing, compiled by my friend
Richard Bartlett, an expert on the topic who works with Enspiral.

I can also recommend this book, co-edited by my friend Ramon Marrades. Not so much about decentralized organizing, but especially the chapters on participation touch on the sort of playfulness that is encouraged through putting the power over public space into the hands the public. 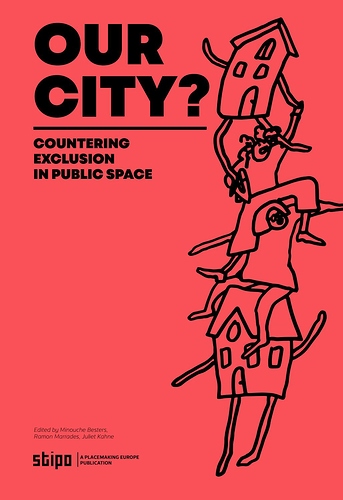 How can we ensure that public spaces truly represent and serve the people who live near them and use them? In this book we feature a range of cases that explore how exclusion in public space is being countered across Europe. We present research...

I especially recommend the chapter LUDOBARRIO starting on page 260.

Here is another paper just sent to me by Jukka-Pekka Heikkilä, a post-doc who studies entrepreneurship in extreme environments. His work is super interesting as well, so make sure to have a look on his site.

Investigating the dark side of self-managed organizations

Investigating the downsides of decentralised and self-managed organisations, IIna makes the case that “the very core and commonly approved qualities of selfmanagement might create challenges when those are taken to extreme. In the light of this study, I suggest that flexible work arrangements and high individual autonomy do not always lead to desired outcomes. I also suggest that self-management might be easily misunderstood as lack of structures and leadership.”