Frida, Simon and I had a discussion out on the square regarding the placements of things and came with a suggestion:

This enables the bus ( buses, Joannis?) To stand where my container stands today. My container will be inside the official area with a roof structure to enjoy.

The sauna can be built under the roof and rolled to a better position when finished.

The way my container stands today interferes with Simon and Frida, since we cant have the sauna on the outer side of it because of it hindering Frida and Simon to enter their containers. 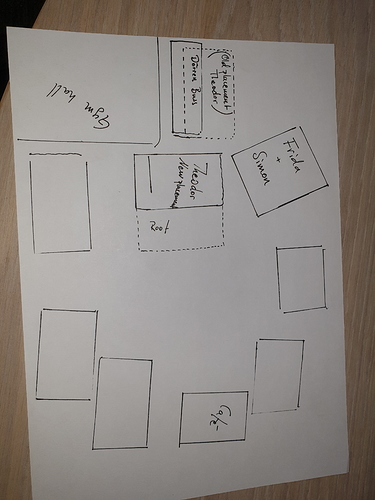 I think its a great idea. Several of us had been talking about making the “square” less empty, making alleys and small square areas. More cosy, less windy. Your (Theo’s) present placement will be super for The Dörren bus but it is important for us not to cover our doors so we will only fit one buss there.
(The “KTH buss” needs to be placed more towards the ramp).
It’s important though to keep a nice cosy space outside Nina and Bobs restaurant but let’s meet up and measure the area up!

I don’t have any particular opinions on this.

However, we need to make it clear that if there are any costs associated with moving the containers they need to be carried by the Frihamnstorget members.

(The “KTH buss” needs to be placed more towards the ramp).

Read the post on the KTH bus, it’s only there for a single day.

My suggestion is to move mine there and have the roof inwards, making a space available for concerts or similar. 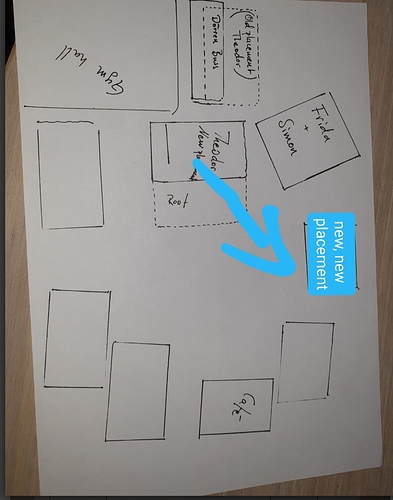 Sounds super( Even better then the last other idea!) If we place your container with the roof facing towards the dome it might also can be used once in a while as a stage-roof when having concerts etc?
Me, Frida votes a rungande JA for that!

Happy to hear! Also looking forward to have a little hangout corner by your little staket

Also im thinking if making a greenhouse on my roof, and it’s more sunny there

Who has plans on the moving times and all that jazz, who is organising this/?

@elch is the our point of contact with the truck company so he’s the one who will have to confirm that the move is still on and possible for this Friday.

When it comes to the placement I think the last suggestion is a good one! The first idea wouldn’t have worked without first dismantling the dome.

It would be a good thing to be mindful/precise about aligning/angling the container with its “stage” roof so that it can work as an extension of the dome when it has its canvas. With the public/audience inside the dome and the band/DJ under the roof.

@Thedodod Tobi also wants to build a greenhouse on top of his container so you should really sync about that!