As you’ve all heard me say a couple of times by now it’s really important that we improve the lighting at the square. Winter is coming and the square is almost completely black as I look at it now from out the window in the Coral room. It’s 18.24 so early evening and we’re still only in October.

To kickstart this effort I just put in a 10 KSEK order for string lights. This will buy us 2*50 meters of lights, enough to encircle the entire square. But this will just be a perimeter and won’t do much about the darkness inside the square. This is where you all come in as respective project owners.

I will be increasingly on your arses about this in the coming week or two and I hope I won’t have to nag too much. We’re all responsible for creating a nice and safe atmosphere at and around the square, and you are all individually responsible for lighting up your particular area of the square.

I also propose that those of us that can meet up on Saturday afternoon and early evening for a Blivande members-only WIP where we all help each other improve the lighting situation.

I’m thinking potluck BBQ with the fire pit lit up for warmth!

I would like to have strips going in the stage roof. If you save some led strips i could fix it…
I have to do it the weekend after though since I am in Portugal the Saturday you are planning the WIP…

I would need around 30m led strip

@jonasjohansson , could you help me with the "programming " or electrical connections of a led strip, if I get some more plastic tubes?

Ok Saturday it is

Right, forgot about the Portugal thingy. This means @missChief is also away I guess. It’s also a bit of a gamble since it’s likely but not guaranteed that the 100 m light strip will have arrived by this Saturday.

So we could also postpone it to the weekend after. Does this suit people better?

If you save some led strips i could fix it…

Not sure what you mean here. What I’ve ordered isn’t LED strips (like neopixels) but string lights, power cables with B22 sockets for light bulbs, 1 per m.

You would have to buy proper outdoor LED strips for your project. There might be some of the LED strip-“store” run by @jonasjohansson in the Electronics room. Wouldn’t be surprised if @Ollxor or @guff has a bunch of it that they could sell as well.

@elch is printing these while I’m in Portugal- will hold 2m LED tubes x14 (minimum) in the container corrugation. Could be more depending on what controller @jonasjohansson uses. The holders will need to be tumbled first, and he’s building one as we speak. 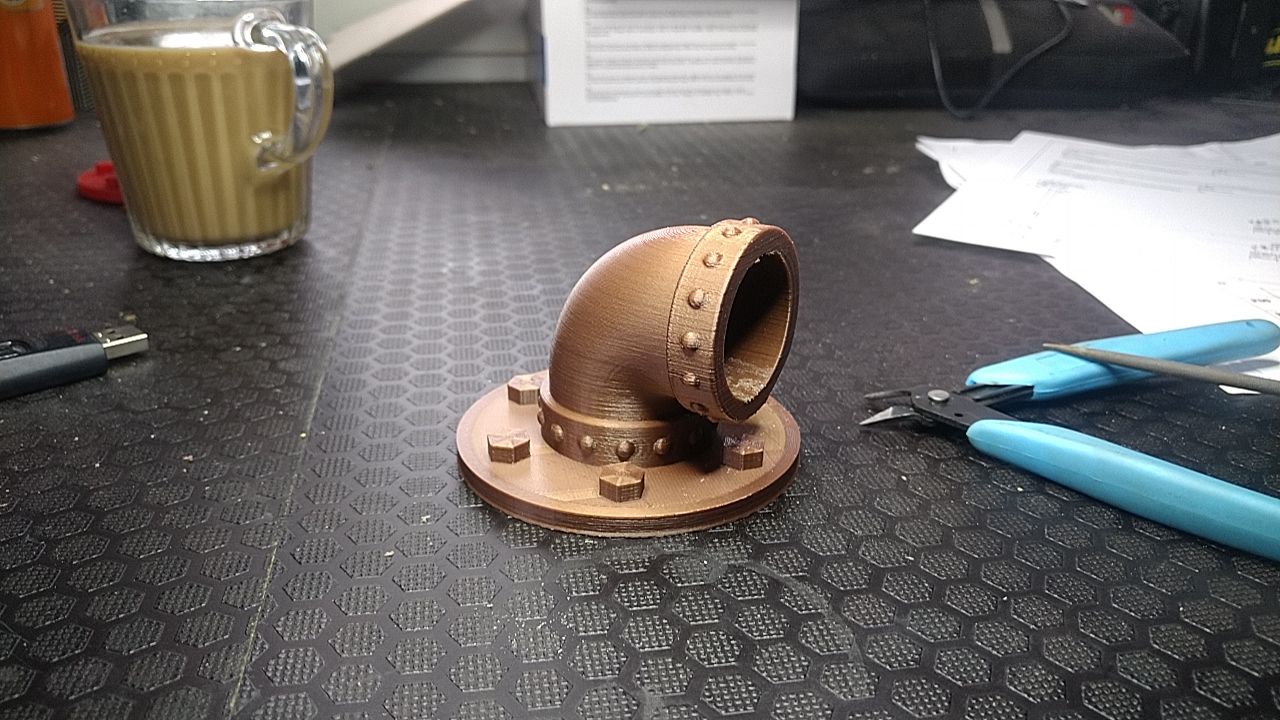 @Thedodod Tell me your vision, preferably with a quick sketch on paper or drawing. Let me know if you want it animated etc. My suggestion is that we order the right length, of the right strip, with the right IP protection, and build a weather proof box for all the cabling.

And prior to any ordering, you can always run a test, I would have enough for that. I’m not so active over at Frihamnen at the moment since my day job is from Sep-Mar, but happy to swing by and sort you out!

For the Tube lights, we’ll most likely use an ESP32 with WLED installed so it can be controlled via phone (I’d suggest this for @Thedodod as well). I think we have a bunch from our lighting project this summer. To get started testing, a standard Arduino will do just fine.

Excited to see these tumbled units

Saturday is not possible for us. Sorry.

Since several people have announced they can’t make it this Sat - and that weekdays would be better in general - I suggest that we change the date to next Friday (the 30th) instead. Nice somehow to also keep WIP as a Friday tradition.

Cool, @MariaEuler and I are having Board Game Bonanza with my students that day, but are hopefully free from 17.00 (at least, speaking from myself). Would be great to bike by and rekindle.

Oh, I like board games. What are you playing? I have Dead of Winter and Catan + Cities & Knights-expansion if you want to borrow that.

I purchased 15 board games, curated by Maria (she + Luca are quite the fanatics). My students are building arcade cabinets, coding games, and building custom game controllers - and we are throwing atypical board game experiences with funky mechanics as ways of exploring interaction design, narrative through game play and more.

Might take you up on borrowing these games if there are some areas that need filling. I think we tried to not have games that include some kind of colonialism haha. Dead of Winter sounds fun!

That’s great! I think I would be able to put it together without help, but just to order all the parts is great help.

Yes, very important indeed to decolonize classical board games down to the most minute detail. Because we all know board games is where it all starts to go wrong and Monopoly is the origin of capitalism.

Also this is the description of Ethnos:

“Ethnos is a mythical realm filled with creatures big and small. As the last Age ended, war and revolt left the inhabitants without someone to lead them into their future. Giants, Dwarves, Elves, and Centaurs have not traditionally gotten along, but a leader is a diplomat as much as a warrior. Now, you’ll have to bring the residents of Ethnos together under one rule. Over the course of three Ages, you will gather followers and convince them to band together to conquer the six Kingdoms. Featuring a classic design by Paolo Mori and breathtaking illustrations by legendary artist John Howe, Ethnos transports you to a world on the brink of disaster. Only a steady hand and a pure heart will be able to lead the inhabitants of Ethnos into the future.”

Sounds positively fascistoid if you ask me! You’re treading on thin ice, my friend.

I mean who ever thinks of the supremely Othered experience of the so called “Barbarians” that arrive every so often to steal the Players stacks of resource cards in the board game of Catan? Why even call them “Barbarians” to begin with? They are not to blame for the socio-economical contexts that made them into ravenous looters out for blood and resource cards!
In defense of Catan I must say though that they have included a seemingly heroic female knight on the front cover.

On a just slightly more serious note Dead of Winter is probably less PC to be honest (without having played it much). Especially if you play the “adult” version (there are different event and action cards depending on player PG-preference).

Aaaanyway, you know where to find me.

Actually, this is the reason why we have Ethnos, because it has great mechanics, but a terrible theme, as a starting point for conversation

Today I have rearranged most of the electricity in the square.
moved one of the electrical boxes to behind the cafe container.
power to the gallery is coming from inside the red container.
@jonasjohansson @cecilia_ulfsdotter the gallery light isn’t working. it needs a checkup.
there are much less wires hanging around and much less random joints in cling film…
now most electrical junctions are inside containers. lets try and keep it like that.
I would request on Friday lighting day that the place doesn’t turn back into cable tie hell that aren’t trimmed up and wires hanging around. 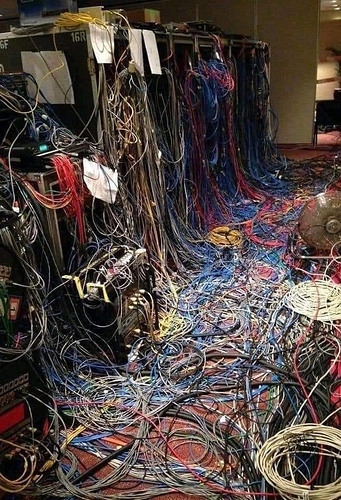